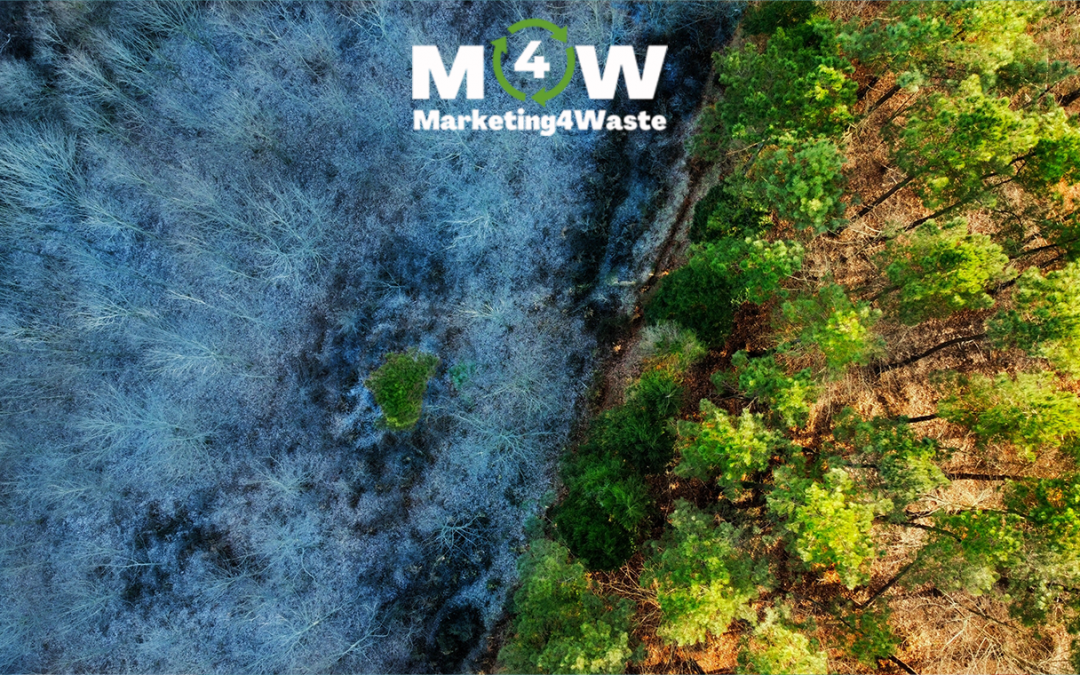 How many times have you read in the newspapers “the warmest season in 10 years is coming”?

How many other times was the news “the coldest winter of the century is coming”?

I’m sure that even if you’ve read them, these messages haven’t had any effect on you in the past.

Yes, because being in the waste industry has always made you think, “yes, but I don’t care, I work anyway.”

Perhaps you experienced a slowdown in waste collection due to problems with snow, ice, blocked roads, and the fact that, instead of starting collection early in the morning, you were forced to move later.

Not to mention the problems in the plant. Problems that are obviously exacerbated by excessive heat are more than amplified.

In a nutshell, all of the sector’s known issues.

However, seasonality has never gone beyond that level until now. At least, that is what can be seen in various industry publications.

It’s almost as if the world of waste collection and management is immune to the changing of the seasons.

What you’re about to discover here will completely alter your perspective.

Not only that, but I’ll show you how to increase your collection and outperform your competitors by incorporating the seasonal aspect into your marketing strategy.

Yes, because that is exactly what it will do.

But first, let me explain what seasonality is and why you should consider it.

Seasonality is something that affects all businesses. Selling everything from meat to your attorney’s services.

Seasonality exists in everything even for lawyers. So, first, silence the little voice that tells you that there is no seasonality in the waste world.

And listen to what I’m about to say.

Yes, because seasonality is linked to both general and business-specific factors.

One of the most important factors in tourism is the geographical location and the resulting climate, whether summer or winter.

It is linked to international holidays, the period of release of new products or new versions in the sale of electronic devices.

In the world of food, different dietary trends and the corresponding climatic seasons characteristic of latitude and longitude.

But that’s not all.

Yes, because the world of heating and refrigeration, like the worlds of tourism and food, is influenced by the longitude and latitude that is considered as a market.

The same can be said of certain electrical appliances. In fact, I’m sure you’ve noticed that the air conditioner in your car only stopped producing cold air when you turned it on because it started to get hot.

Well you may have realized that among the important factors that can determine seasonality are longitude and latitude, which I will call the climatic factor.

Indeed, the rhythms, consumption, and, dare I say, waste change as a result of this.

But it is not the only factor.

In fact it is the first.

But let’s move on.

Yes, because I mentioned the launch of new devices.

Consider what happens every time Apple, to use a random example, announces the release of new versions of its devices in September (usually).

If you didn’t know, the launch not only determines the sales increase for the Third Quarter, but it also gives the entire market a boost until the middle of the following year.

So, even in its case, there is seasonality, this time based on longitude and latitude and linked to a Specific Event that Apple repeats every year.

The presence of an Event created by a market leader is thus another specific factor capable of influencing a market.

So, for the time being, seasonality is caused by two factors: longitude/latitude and an event created by a market leader.

Yes, because holidays are without a doubt among the most important.

Christmas, New Year’s Eve, and other religious and state holidays are all observed.

Think about Christmas shopping for a moment.

The month of December typically sees an increase in sales in almost every industry as a result of the Christmas holidays.

During this time, even industries such as hospitality typically see an increase in turnover.

This is because the holidays are one of those factors that determine seasonality.

I mentioned Christmas but have you ever considered the increase in sales for couples on Valentine’s Day?

This is, without a doubt, an important factor to consider.

A factor to which a different seasonality is added.

In general, it refers to the end of a quarter (the first or the last depending on the fiscal year you consider).

In fact, the need to close a job, make a delivery, or file a tax return is another important factor that can cause seasonality. A deadline, in short.

To recap the 4 main factors that can create seasonality are:

– The Event created by the market leader, the area leader, the production leader, and so on;

– A Deadline: the delivery of a job, the expiration of a concession, etc.

I know you are now asking yourself: “Yes, but how do these affect the business of waste collection and management?”

This is the question I was expecting.

Actually, it’s the question I wanted.

For a simple reason, these 4 factors affect waste collection more than anything and everyone else.

Think for a moment about what happens during a Muse summer concert.

If the concert takes place outdoors, perhaps in a stadium, hundreds of thousands of plastic bottles containing water will be consumed during the concert to end the heat.

Imagine if the same concert took place outdoors in winter.

Water consumption in plastic bottles would be drastically reduced.

Maybe if the weather is rainy you will have a consumption of disposable rain capes.

I know what you’re thinking: “This is a unique case; you can’t use it as an example.”

I gave an example related to a specific event.

So let me use PET water bottles all the time.

In fact, as the temperature rises during the summer, so does the consumption of bottled water per person.

The same is true for other products.

Just think of the amount of paper that is sold each year during the Christmas season. The cost of packaging, gift wrapping, and various packages is always very high.

Think of how many air conditioners are replaced every year as summer approaches.

We are talking about millions of pieces worldwide.

As you can see, this means that seasonality has an impact on the waste market.

But how do you comprehend it?

Well first of all, fix the factors I mentioned.

These are the starting points.

Now perform a reverse analysis on the waste you’ve collected.

What does this imply?

Air conditioners are waste that, depending on where your business is located, is classified as hazardous waste or as simple electrical equipment waste..

However, this is not the point.

Start with the fact that you collect this type of waste.

When does the disposal of this equipment increase?

This means that before the heat arrives, you can “leverage it” to collect as much waste as possible. How?

For example, you could form a partnership with the electronics superstore in your area that sells air conditioners and offer them the opportunity to dispose of a container at a reduced price just for their customers.

Not only that, if you are also in charge of gas collection, you can push for every air conditioner that is delivered with its gas (inside or collected in a cylinder) to have zero disposal cost.

Simultaneously, you can run a campaign with refrigeration technicians in which you offer free disposal of the equipment if the machine is accompanied by the cylinder containing its old gas.

These are just two simple examples; consider the benefits of understanding the seasonality of the market that generates your waste and developing marketing campaigns based on it to be included in your marketing strategy.

In short, your results change, but above all the quality and quantity of waste you collect change.

Want to know how to apply it in your business?

Schedule a Consultation with Me by Clicking Here