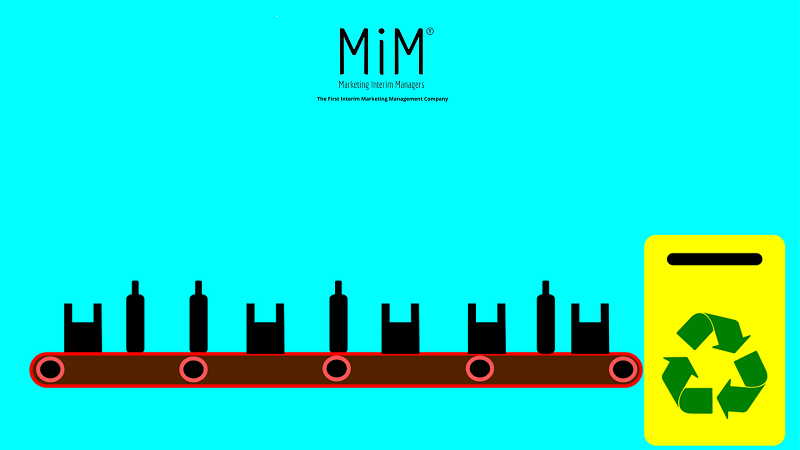 Every day, we learn of a new waste-related issue.

From the discovery of an illegal dump to the confiscation of waste illegally transferred between countries and continents.

Not to mention the amount of garbage dumped by the roadside daily.

Every day, hundreds of tons of waste are produced around the world.

Is it possible that this problem, which affects the entire world, does not have a solution?

There appears to be no way out.

Waste management companies must raise their service prices in order to take care of the waste that is left behind.

Citizens are paying more and more for a service that is critical to the community’s public hygiene.

Simultaneously, various non-governmental organizations speak of apocalyptic scenarios in which the planet is invaded by waste, the oceans are devoid of fish, and man is defined as a predator of this planet.

In short, it appears that there is no solution to the problem from any angle.

On the contrary, it appears to be getting worse by the day.

Almost like a terminally ill person who is subjected to a daily worsening of his condition.

Once he risks a bacterial infection, a heart attack, and a respiratory collapse, he is doomed.

And our planet seems to be in the same condition.

In short, as any good media communication would have it, the problem is brought up every day to draw attention to it. But, as a marketer, I can tell you that touching the problem is not the same as solving it.

Especially if it has been touched by the mass media, whose goal is to make news and thus increase their audience share.

Let me be clear: there is no controversy.

According to what they say, we live on a planet that has been invaded by waste in the style of Tim Burton’s 1996 film Mars Attacks.

Let me tell you that this is the risk we face if we do not take action.

Nobody talks about the remedy.

Yes, because increasing waste disposal taxes is not a solution to the problem of waste dumped in the streets.

Even the increase in disposal costs is not a remedy because it does not stop the phenomenon. Let me also add that the non-governmental organization standing there talking about how much waste is abandoned without offering a solution is not an answer.

Yes, because, while this approach can generate interest, it hasn’t resulted in a solution in the last 30 years.

I would add that the phenomenon appears to have increased in the last 30 years, but this is not the case.

In fact, if you consider the increase in the number of people on our planet in a single moment, you will notice that the phenomenon has not multiplied but has only grown in proportion.

Clearly, the phenomenon that was already widespread prior to today appears to have been amplified. This also applies to the technologies that have become available since then for all waste collection, separation, and recycling processes.

The question to ponder is:

What hasn’t changed with all of the changes in technology and the number of people on our planet?

Certainly the mindset with which we approach the waste that our lives generate on a daily basis. Waste has also increased as our needs have shifted up the Maslow’s hierarchy of needs (Abraham Maslow the American psychologist).

Today, we continue to place no value on the waste we generate.

Consider how many plastic bottles are discarded without realizing their worth. Or how many glass bottles are constantly discarded despite the fact that their functionality when whole is far greater.

This, I believe, is a contributing factor to the waste problem.

Yes, because the failure to change the mentality of the population has found fertile ground on waste management companies.

You read that right: in waste management companies.
Perhaps not in your case, but in many others.

In fact, waste management companies were founded a very specific purpose: to solve the problem of waste in the community, city, municipality, and country.

A problem that has affected and continues to affect public hygiene.

This problem appears to be gradually improving, thanks in part to the adoption of new social rules that have seen the transition from throwing waste on the street to putting it in the appropriate bins and containers on the street, and now it’s arriving at separate collection.

However, the final evolutionary leap that would lead to the resolution of the garbage problem has yet to occur.

To tell the truth, it hasn’t even been attempted.

In fact, only a few waste management companies have done so.

Let me tell you, they can be counted on one hand’s fingers.

What evolutionary leap am I talking about?

I’m referring to the evolution that begins to consider the waste produced by citizens as materials to be acquired in order to produce new products, energy, and so on.

This is an unprecedented leap.

A genuine shift in the business model.

It is about transitioning from collecting waste and determining the best way to destroy it to purchasing waste in the best possible conditions in order to profit from the sale of secondary raw materials that can be obtained.

Yes, because it assumes, on the one hand, that your company is willing to support this business model, and I’m not talking about the capital to buy the waste, but rather the agreements with the various buyers of secondary raw materials.

On the other hand, it necessitates a thorough education of citizens and businesses.

In fact, each of them will become a supplier of a secondary raw material that must be refined in the processes to which they will be subjected.

This is similar to what happens with diamonds.

These are extracted from mines and then sent by those who work them.

Just think for a moment what would happen: every time someone thinks of throwing a PET bottle on the street, he will think about it because he knows that he can earn money from it.

But that’s not enough.

Indeed, it has already been demonstrated that that individual will actively contribute to the recovery of all those bottles on the street.

The same holds true for all types of waste.

Or rather of materials.

Yes, because the only way to solve the problem is to assign a monetary value to all of the waste that humans generate every day.

From a sheet of paper to an old television, to an old car.

This will not only solve the waste problem, but will also make a significant contribution to the long-term viability of various productions.

I know that for those who hide behind “we’ve always done it this way” it’s anything but simple.

But, as I previously stated, this is not only the only way to solve the waste problem, but it is also the best way to ensure your company’s long-term success.

That is the path to take in order to solve the waste problem.

You may be wondering what this has to do with marketing.

To make this change, you must adopt a strategy that takes into account the company’s current market positioning and builds a new one on the resale side of secondary raw materials.

Not only that, but you’ll have to think about the entire process of collecting materials from citizens and/or companies, and you’ll have to structure it according to a specific marketing strategy that will take into account your company’s role in the market, your competitors, and so on.

In short, marketing is the only tool that allows such a company to thrive.

Operation that secures your company’s future.

If you want to ensure your company’s future, schedule a discovery call here, and it will be a pleasure to guide your waste management company into the future.